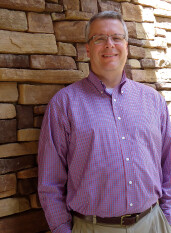 A graduate of Samford University, Jim received his Ph.D. from Southern Seminary.  He currently serves as Professor of Religion and Director of Preministerial Scholars at Samford. Jim pastored churches in Indiana, Kentucky, and Alabama, and he served 14 interim pastorates in North Carolina, Tennessee, and Alabama.  A member of Brookwood Baptist Church since 1995, Jim joined the staff as Interim Pastor in early 2008, served as Teaching Pastor from late 2008 through 2015, and then was called as Senior Pastor.  He is married to Deanna and they have two adult children, Hannah (Ethan) Asters and Nick. Jim has been shark cage diving off the South African coast, has performed weddings for his friends in the Allman Brothers Band, and has a really, really bad crush on his wife.