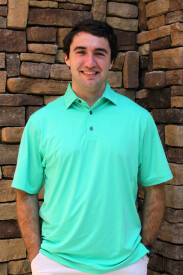 Mark joined the BBC staff in the summer of 2016 but has grown up at Brookwood since his family moved to Birmingham back in 2001. While attending college, Mark previously served as a youth intern during the summer of 2014. Mark graduated from Furman University, where he earned Bachelors degrees in Business Administration and Religion. Mark began working towards his M.Div at Beeson Divinity School in August 2016. Mark is excited to lead the College Ministry at Brookwood, and he can’t wait to see how the Lord works in and through college students. Mark loves Alabama football, St. Louis Cardinals baseball, Los Angeles Lakers basketball, and most importantly, his wife, Anne, and son, Joshua.